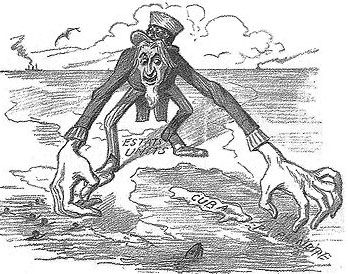 Here we go again. Another crisis in a nation ruled by an unfriendly regime made worse by U.S. policy for the sake of running sanctions as prelude to military action. We’ve seen this movie before.